Palca is a science correspondent for National Public Radio (NPR). Since joining NPR in 1992, he has covered a range of science topics — everything from biomedical research to astronomy. He is currently focused on the eponymous series, “Joe’s Big Idea.” Stories in the series explore the minds and motivations of scientists and inventors. 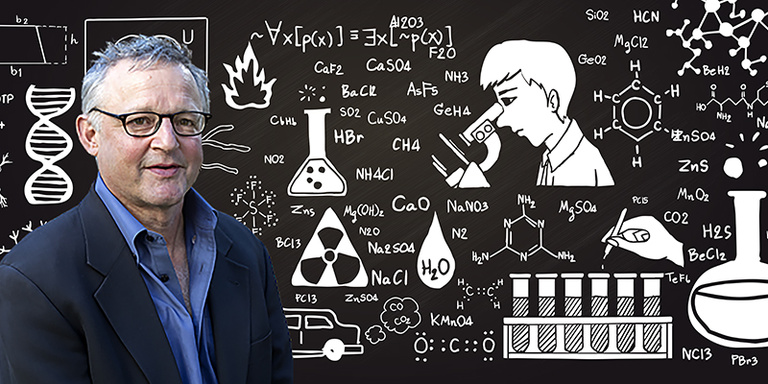 He comes to journalism from a science background, having received a Ph.D. in psychology from the University of California at Santa Cruz where he worked on human sleep physiology.

Palca has also worked as a television science producer, a senior correspondent for Science Magazine and Washington news editor of Nature. He has won numerous awards, and, with Flora Lichtman, is the co-author of Annoying: The Science of What Bugs Us.

“We are excited to have Joe Palca coming to campus to share his expertise in presenting the complexities of scientific research through the lens of a journalist,” said Peter Damiano, Director of the UI Public Policy Center. “Allowing the general public to better understand research findings, particularly those that are relevant to public policy, is a key goal of the Public Policy Center and one we continually try to improve upon. We look forward to learning from a master.”

The Forkenbrock Series provides a forum for dialogue about policy areas from applied, academic and interdisciplinary perspectives. The series was established in honor of David Forkenbrock, a nationally recognized transportation researcher. Forkenbrock established the PPC at the University of Iowa in 1987. His vision was to enable public and private sector decision makers to work with faculty, staff and student researchers to explore solutions to complex problems related to the public interest.

The Creative Matters lecture series brings together artists, thinkers, builders and doers who challenge conventional thinking about creativity, science and artistic expression. The series, which has grown out of the Arts Advancement Committee, has catalyzed a campus-wide conversation about the centrality of creativity and discovery to all that we do at the University.

Individuals with disabilities are encouraged to attend all University of Iowa-sponsored events. If you are a person with a disability who requires an accommodation in order to participate in this program, contact Leslie Gannon at 319-335-6817 or leslie-gannon@uiowa.edu.