The National Academy of Inventors (NAI) has named University of Iowa neurosurgeon and entrepreneur Matthew Howard, M.D., a 2018 fellow. 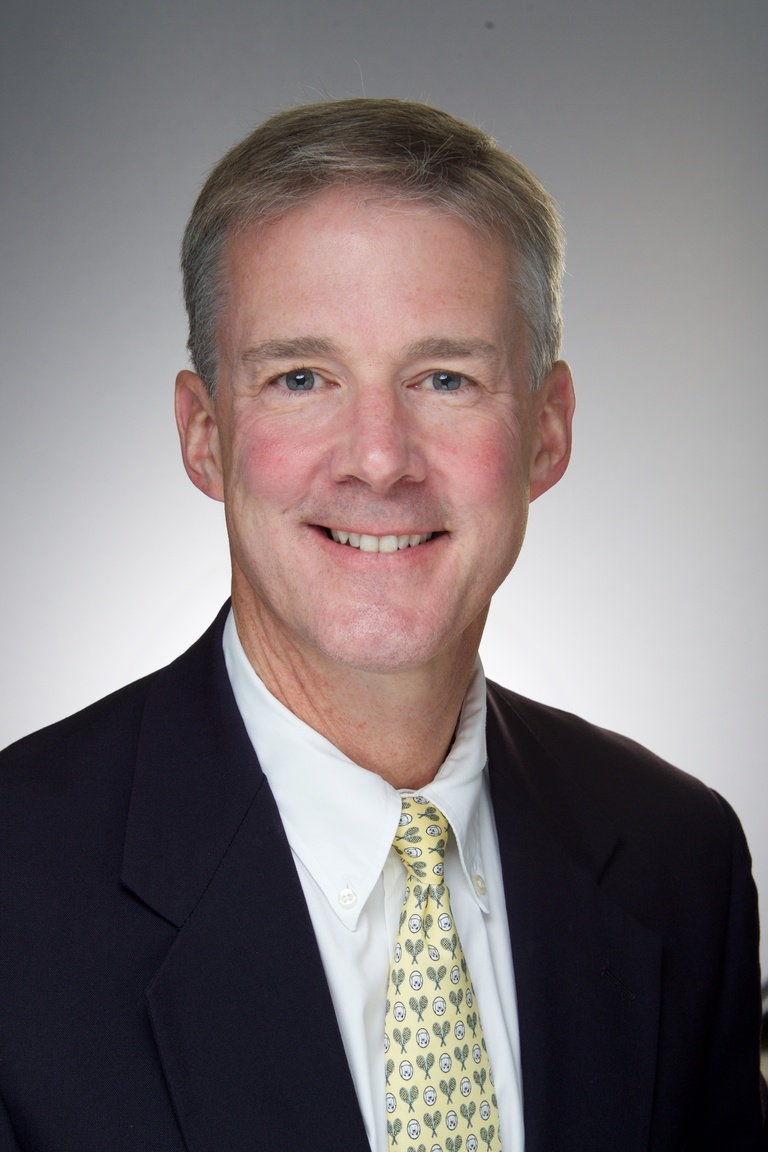 Howard, who is the John C. VanGilder Chair in Neurosurgery and head of the Roy J. and Lucille A. Carver College of Medicine’s Department of Neurosurgery, will receive the award during an induction ceremony at Space Center Houston in Texas on April 11. He is the first person from the UI to be named an NAI fellow since the academy began the program seven years ago.

In welcoming Howard to the academy, NAI President Paul R. Sanberg said, “You have demonstrated a highly prolific spirit of innovation in creating or facilitating outstanding inventions that have made a tangible impact on the quality of life, economic development, and welfare of society.”

Collectively, the 2018 NAI fellows are named inventors on nearly 4,000 issued U.S. patents and include five recipients of the U.S. National Medal of Technology & Innovation and U.S. National Medal of Science, three Nobel Laureates, and two inductees of the National Inventors Hall of Fame, among other awards and distinctions.

Marie Kerbeshian, assistant vice president in the Office of the Vice President for Research (OVPR) and executive director of the UI Research Foundation (UIRF), said in nominating Howard that he has invented “multiple pioneering medical devices that address unmet medical needs and improve patient care.”

Howard began developing medical devices as a medical student and is the inventor on 34 issued university owned U.S. patents. Those inventions range from brain and spinal cord neuromodulation implants to treat conditions such as tinnitus, obesity, and chronic pain, to surgical tools and implants that help make surgeries safer and easier to perform. A magnetic surgery system developed by Howard is used to guide catheters during cardiac mapping and ablation procedures, and he’s refining a skull plate that relieves cranial pressure in patients with traumatic brain injury without the need for invasive follow-up surgery.

More than 100,000 patients have been treated with devices invented by Howard, who has also developed innovative procedures and techniques for epilepsy surgery that provide relief for patients who are not helped by anti-epilepsy drugs.

“It is fitting that Dr. Howard should receive this tremendous national recognition for his innovative work,” said Brooks Jackson, MD, MBA, vice president for medical affairs and dean of the Carver College of Medicine. “With his passion and success as an inventor and entrepreneur, Dr. Howard sets a wonderful example of what can be achieved with forward-thinking research expertise and a drive to improve outcomes of patients. We are very proud to count him as one of our own.”

Howard is the founder or co-founder of four startup companies to commercialize his devices, the most successful of which is Stereotaxis, Inc., a publicly traded company selling the Niobe magnetic guidance system in more than 30 countries. He also founded Braintronics to develop brain neuromodulation devices and Surgical Solutions Inc. to commercialize tools used by neurosurgeons, and collaborates with established companies on the development and testing of medical devices.

His most recent startup, Direct Spinal Therapeutics Inc., is developing a device that will capable of selectively modulating the functions of the human spinal cord. This is collaborative research and device development program involving faculty members, trainees and students in the departments of Neurosurgery, Anesthesiology, Orthopedics and Biomedical Engineering. The company received initial seed funding in 2010 from OVPR and the UIRF, which assisted in intellectual property management, as well as the University of Virginia Biomedical Innovation Fund.

The UIRF also arranged to have Direct Spinal Therapeutics’ CEO Dan O’Connell serve as an entrepreneur-in-residence because of his specialized knowledge of the medical device sector. O’Connell is the managing partner of Virginia-based NeuroVentures, a specialty venture capital fund that invests in emerging biotechnology and medical technology companies. O’Connell received assistance from UI Tippie College of Business students to conduct market analysis and collaborated with neurosurgery researchers to create a development plan.

The neuromodulation device is currently in the prototype phase and will undergo additional FDA pre-clinical testing before it is implanted in patients.

Howard, who serves on the UIRF Board of Directors, also has found ways to connect his entrepreneurial work with his role as a teacher and mentor to medical residents. Residents and students have participated actively in all of these device development and technology transfer projects and many are listed as co-inventors on issued patents.  Through these experiences, students gain first-hand knowledge of how ideas are translated from the bench to the clinical bedside.

The UIRF is a 501C3 corporation that commercializes UI-developed technologies and inventions through licensing and new venture formation, and manages the subsequent revenue stream. The UIRF’s primary functions include identifying and developing new ventures, finding partners for commercializing, and providing intellectual property services. More at https://research.uiowa.edu/uirf/.

The UI Office of the Vice President for Research provides researchers and scholars with resources, guidance, and inspiration to secure funding, collaborate, innovate, and forge frontiers of discovery that benefit everyone. More at http://research.uiowa.edu, and on Twitter: @DaretoDiscover.